If you haven't read Ecko Rising then you MUST before you read this otherwise there will be no sense whatsoever...There's your warning now GO!!!

So, we are back in the crazy world that Ecko has found himself in with all the awesome fantasy people that don't make sense to sci-fi world Ecko. And I tell you what it's all gone to shit and he is seriously pissed off about, well everything.

There isn't as much Ecko as in the first book and I'm glad about this as I really don't like him. There isn't as much bard which is sad too, I'd like to have seen a bit more of what happens to him. However there is plenty of the babe that is Triq and Mael is now my new favourite. I actually love him!!! YAY!!! Redlock still has a place though, don't you worry I haven't forgotten about him.

If you thought the first book was crazy then you ain't seen nothing yet. You flick between characters and plot things at the absolute speed of light and once again, I had a few moments when I didn't exactly know what was going on but that didn't matter as it alllll ruled in the end.

I wish I had read the first book again as there were a few bits I think would have made more sense if it was fresh in my mind, but none the less Ms W is a truly great mash up author and I love the cut and shut of these books. The ending however, has once again left me gagging! BOOOO!!!!! 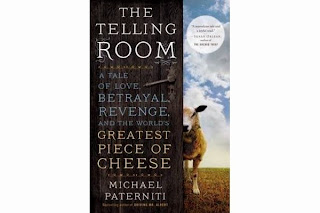 Oh my dear god!!!! It took me months, yes MONTHS to finish this book. I am not going to beat about the bush, I HATE IT!!!

What a pile of self indulgent drivel written in a horribly tedious tone and god is the topic boring.

The text on the cover offers so much!!! You think vengeance, hatred, death and a bit of comedy when it comes to a good bit of cheese. But no, you are basically reading a book about how some cheese was made and how the business model pissed someone off and how the author became obsessed in a weird way with it all.

I'm sorry, I had such high hopes for this book, I read it to the end with the hope that it would get better, but no. I've lost that part of my life and I will never have it back. The people in the book were even detestible. I couldn't find a character I liked!

I'm sorry, I just hated this book. I've complained so much in real life about it to friends, the boy and colleagues. The worst thing I've ever read! 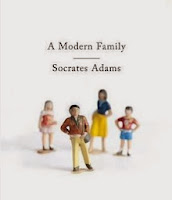 What a blissfully depressing book.

I knew from page one I would enjoy this book as I read out at least 2 lines to work bezzie as I found them do dry and satirical.

The book starts out darkly, dark but funny as you look at one family, one kinda average family. However it keeps getting darker and more twisty and yet in so many ways some of the thoughts and situations are familiar and appear to be like so many lives you see.

No family is what they appear to be on the outside...unless maybe they are in a cult.

I really enjoyed the way it was written in disjointed streams of consciousness and snippets of interaction. There were also, of course, strange parallels with a certain set of TV car people, but that just added to the fun of the book.

As a whole the book made me feel a tad depressed but at the same time uplifted in a way I'm not 100% certain of. It is a gloriously different book.

So it seems, another book has fallen to my mercy, and this time a good old fashioned spy(ish)novel.

This is a scenario set in the 70s but it defo hasn't dated which reminds me of the Matt Helm books I read earlier this year. This was a tad like the MH books, but far less cheesy and far more intelligent. This is like MH for the thinking man. There is a bit of the James Bond in it again, but it ain't half as sexy, despite what the cover may imply. It's far more intriguing and serious, but it still is a fun and very easy read.

The chapters were in hours and that gave it a feel of an old school 24. JG is like the Jack Bauer of the 70s. I loved the parallel in personalities between the main character JG and the baddy JW. They were like two sides of the same coin but you can see the potential for corruption in JG and that was really entertaining.

It's strange to think that the guy who wrote ER wrote this and the other 7 that follow. This one is nothing like ER, it has a whole new genre. Maybe the action and plot intrigues are there but there isn't any other kind of similarity.

A very fun and book that's a real page turner. I look forward to reading the others.

Well, well well. I really enjoyed Poison so I was delighted to find this in my letterbox! This is actually possibly better!!!!

The plot is of 'Sleeping Beauty' but with many a twist and a turn. More happens than you ever thought possible in a fairytale and the inclusion of others were brilliant. So subtle in some cases but so wonderfully in your face in others! TBH, I feel like Beauty had more of a fairytale feel to it than Poison.

Petra ruled, Toby ruled, the Huntsman is a fantastic bit of rough. The characters are, on the whole, brilliant. They are as fairytale characters should be. Having fairytale adventures and emotions all round. Oh, and I was glad to see that the prince was a total weed. I really hate it when princes are the dog's!

I want to go to one of the parties in the 'other' ballroom. These parties are where SP really makes this story her own and dominates it!! The parties sound so immense and I want to be involved in the disgusting opulence.

I can't leave this review without commenting on the illustrations and cover. Once again, AMAZING. The book looks incredible and has such a magic about it. The illustrations are amazing also and really do fit in and are very creepy in a way.

Not for kids and not for those who want to keep hold of the magic of fairytales but pah, forget about that and get involved with this book. It is glorious!

There have been some incidents surrounding the Muslim community and when two police people go to find the key to the case they become involved in a whole other world of trouble.

Marnie is your troubled police babe. It really is nice and refreshing to see a broody female rozza! Noah is a god, I LOVE HIM! The ladies from the refuge and the 'bad guys' are all grotesque but crazy and in some instances wonderful in their own ways, it's cracking. Oh, and Ed is defo someone you would take home to meet your mother!

This is a book of two very distinct parts but they are fabulously paired and interwoben. The whole thing becomes terribly terrifying indeed. As the story unfolds all your ideas and preconceived ideas of domestic violence are questioned and the story takes twists and turns you wouldn't expect. You throw what you've always thought to the side and realise that the world is indeed a place that can tip things on its head in an instant.

A great page turner that is skilfully crafted. I would defo recommend it to people be they fans of crime/thrillers or not. Touching and disturbing allll at the same time. And with that ending, bring on the next one!!!!

Posted by Book Geek at Wednesday, November 13, 2013 No comments:

A collection of short stories and poems and comic strips with glorious illustrations to match.

I warn you now...this is going to be a short one, but that's because this is a short book and I don't want to ruin a thing.

The Stories
They really aren't what you expect. These people are freaks of the mind, freaks to themselves, freaks you'll meet in everyday life and they are freaks for everyday reasons. It is such a great look at the personalities of people around you and the things you feel yourself! The eclectic mix of poem, comic and narrative is great too and you meet so many different people it is mind boggling.

The Illustrations
Bravo. I've been a massive fan of DC for a while now and I love his style of writing as well as his illustrating. They work beautifully with the stories and help contribute to that ambiguous not quite a comic, not quite superheroes but yes they are feeling.

We're on an island, somewhere in the not too distant future. Everyone is trapped, prisoners, and there are tribes (in effect) that just don't get on. But one chap, he develops other ideas.

The whole thing is through the eyes of Clancy, Big Guy, as if he is making a statement about what happened on that island over the period of what seems like a matter of months, if not weeks. We aren't 100% sure why the world is like this now or why he is really there and to be honest, I found that a tad annoying. There was so much potential for the back story and the collapse of the world as we know it to be described. It felt a tad like PL had the idea for this book but didn't have the grounding for it or the way of making it seem realistic.

Yes this is a fantasy/scifi novel but, it has too many references to life in our memories and time for it to be that far removed that it doesn't need further explanation. If I forgot about that for a moment then I could enjoy this book far more.

It is very well written indeed and the characters are developed in a great way. Fear, love, hope, emotions in general are constructed delicately and effortlessly. But, I can't get over the fact that there just seemed to be something missing in the plot. There was just a niggling hole that needed to be filled. I'm also kind of hoping that this is part of a series or another along the lines of this book, in this world, will crop up to do just that.

A read that I enjoyed to an extent, but think I would have enjoyed more if that extra layer had been there.