Publisher: Headline
I've been friends with Marnie for a while now so I was thrilled to have the latest book she features in plop onto my door mat!
To start off, if you loved Noah before, you'll love him even more after this book. He's a fab character and I love his backstory, life and family. He's got great context and a good few layers that add depth to the sub plots of these books. Marnie is also still a babe! don't worry there!
I also really enjoyed how SK is still an underlying factor for Marnie and her work. He is still trying to be the puppet master. Even though his roles are minor he is still a big factor when Marine is in play and his sinister presence is great.
I wasn't totally convinced with how the conclusion as to who Harm is was achieved. It seemed to be very sudden and blurred. I would have liked a clearer thread to him...that would have been good. Also, I wasn't 100% convinced about Harm being Harm until almost the end, but it's worth getting there, persist, it's worth it!
In all, a good thriller that will keep you turning pages. The story is just what you thought it would be, and it was a pleasure to get to know Noah and Marnie even more.
Hoping for another one!
BG﻿

Review: The Summer of Kim Novak

Publisher: World Editions
I apologise in advance for the short review. I'm still trying to play catch up with myself and working off notes!! Thanks for your patience with this LONG process!
This book is another triumph from World Editions!
The book is very funny, but in a dark way and I think the style is brilliant. I was totally in love with how the book was written, despite reservations about how much I would enjoy it from the blurb.
I thoroughly enjoyed the characters, they were very blunt and to the point in their actions and speaking, very much like the plot in some ways. I hope it's HN showing some of himself (I'm not sure with Scandi names) in the novel! I would love a chat with him if so!
There were on occasion however, some things that I thought got lost in translation, maybe as I'm not Scandi, I didn't get a few points, but that didn't hinder my enjoyment.
The book left me with doubt which was brilliant. I was satisfied with that, and sometimes I can be annoyed with lingering endings, but it really does suit this read! But, it also left me feeling really sad about relationships and how despite the nature of them they can dwindle!
Overall a cracking read I'd recommend to many.
Happy Reading
BG
:-)﻿

Posted by Book Geek at Wednesday, February 24, 2016 No comments: 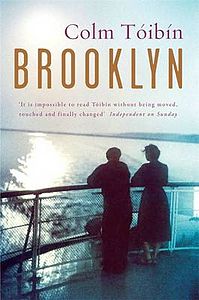 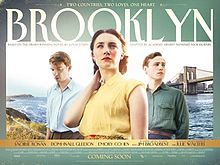 I'm afraid to say that I wasn't total enamoured with the film either. There were some corkers in the cast, Mr Broadbent and one Ms Julie Walters were cracking and really suited their roles. Also, I liked the humour that was injected into the film, that whilst present in the book on occasions, wasn't as laugh out loud funny as the film made it.
Also, I liked the fact that the film was a lot shorter than the book.
What I didn't like was how the politics was missed out completely. The film basically kept the love story and ignored everything else. Yes, I can see how maybe the politics side wouldn't sell as well, but I think it would make this film far more appealing.
CONCLUSION
So, on that note, I have to say that I think I preferred the film to the book. However, I'm not in love with either...to put it mildly!
Cheers
BG
﻿
Posted by Book Geek at Monday, February 22, 2016 No comments:

Publisher: Vintage
I am not reviewing in order of reading it seems, I'm kinda picking and choosing which reviews I fancy writing, hope that's ok with you guys.
I read Stoner after a run of Thrillers and it was a LOVELY change of pace. The book doesn't seem to have a lot going on. You are just following the life of William, but I got so involved and immersed in his life that I could not put the book down when I was not reading it and couldn't wait to pick it up!
I really cared about W when reading this book and I wanted him to be happy. Not only that, but I was always on his side, regardless of anything else. He can treat people badly, have questionable morals etc but I just wanted him to have something in life that made him happy. I constantly wanted his mediocre life and existence to improve. Williams really makes you care about W and I think that shows how excellent an author he is!!
I did not have a bore moment reading Stoner, I never expected it to be as gorgeous a book as it was (despite many a person telling me it is super). I'm keeping this short as I don't want to spoil anything for anyone. But do read this. I think you'll love it!
Happy Reading
BG
:-)﻿ 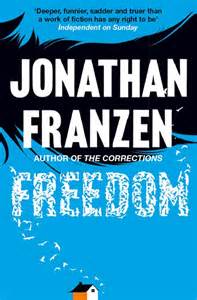 Publisher: Fourth Estate
My most favouritest assistant I ever had gave me this for my birthday one year and I'm sad to say I only got round to reading it at the end of last year (yes we are still on catch up reviews).
A second thing about this book I will share with you is this...Boy Geek always tells me, that people he works with think this book is about wanking, and just wanking. These people obviously fixated on the wanking....and there isn't even any wanking in the first 250 pages..so there....obsessed with wanking people, calm down!
I liked how this book was written, I enjoyed the different POVs and how they all flowed. I love a book with a selection of POVs, so this was right up my street. JF does a great job with all the different voices, specially as they span ages, genders etc.
I also really enjoyed the normal themes and feelings and people that were in the book. There was anguish, turmoil, defiance, ache but there was also love, and help and support and humour. I think what I'm trying to say is that the book was accessible and normal and real and appealing because of those things.
There is one thing that I wasn't keen on....the very ending. It wasn't what I hoped it would be but, never the less I enjoyed the book thoroughly and far more than I thought I would!
Happy reading
BG
:-D﻿

Publisher: Little Brown
I picked this book up in Waterstone's ages ago as I had been told that for such a highly acclaimed book it's accessible and not too high flouting. These people were correct.
This is a story of one man from boyhood to manhood and how his life is moulded by one event and one event only that led him to one picture and one path.
To start with, I was enjoying this book but wasn't always desperate to pick it up, but, as I read more and more, and got to know the characters and the tale that changed and I couldn't put it down. DT finds a brilliant voice and character in Theo, she becomes him, embodies him and really is him. I forgot that a woman was writing this as a work of fiction. The whole book felt real, felt like a diary, felt like a confession, felt like it was written just for you and that was aweome.
I also have to say that this book actually made me laugh out loud, get really upset and gasp in shock on several occasions. This is a book to get invested in and to invest it!!!!
The last few pages do turn into what one would expect of a book of this calibre, but, I wasn't irritated by it, or annoyed, or let down. I had spent the previous 600 odd pages expecting it.
A fantastic read, a really accessible 'serious' book. Read it, enjoy it. Fall in love with all the characters that DT has to offer in all their weird and wonderful glory.
Happy Reading
BG
:-)﻿

Publisher: Titan Books
So, I really want to visit Russia. I have no desperate burning need to become Russian or visit there at the drop of a hat, but it's always interested me and if I had the option to go I would. I want to see if it really is like how people describe. I want to know how bloody freezing it is and I want to know if people just live on vodka and potatoes! AND I want to see the architecture! ﻿

Now the book...
I enjoyed how it flicked between the killer and the main protagonist, they were also both as creepy as fuck! They mirrored each other in many ways and really were both as disturbed, or at least seemed to be in some ways. It was rather good a you had no idea who you should be routing for!

I couldn't help but think when reading this, are all people this dark and twisted in real life? Are all people really like this deep down? I mean, don't get me wrong, nothing wrong with a bit of deviancy, but, some things are too much. Some things go too deep and are based on bad things. Yet, despite the book making me feel so full of panic and worry, I couldn't stop turning the pages.

A hard core book that isn't for the feint hearted, easily disturbed or easily offended. A thriller that really is in a category of its own.

P.S. Do Russian's really use the word/have the word Bint???
Posted by Book Geek at Tuesday, February 02, 2016 No comments: