Unlikely things to read in a romance novel 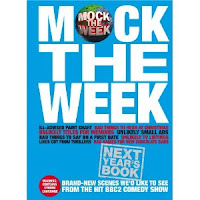 Hardback: £ 14.99
Publisher: Boxtree
'It was love at first sight - she a beautiful heiress, he a donkey with a hat.'
'As the night drew in, she kissed his lips and they parted. She climbed inside her luxurious four poser bed and he trudged back to his kennel.'
'They met as if it were ordained in the stars, as if the very gods themselves had bade it happen; it was at a sales conference at a hotel in Solihull.'
'As she pulled towards him she could feel his heart beat next to hers. That's strange, she thought, his heart's on the wrong side of his body.'
'She stepped out of the bathroom in just her nightie, stood in the moonlight and whispered tenderly, "I'd give that 10 minutes if I were you."
Posted by Book Geek at Friday, May 04, 2012