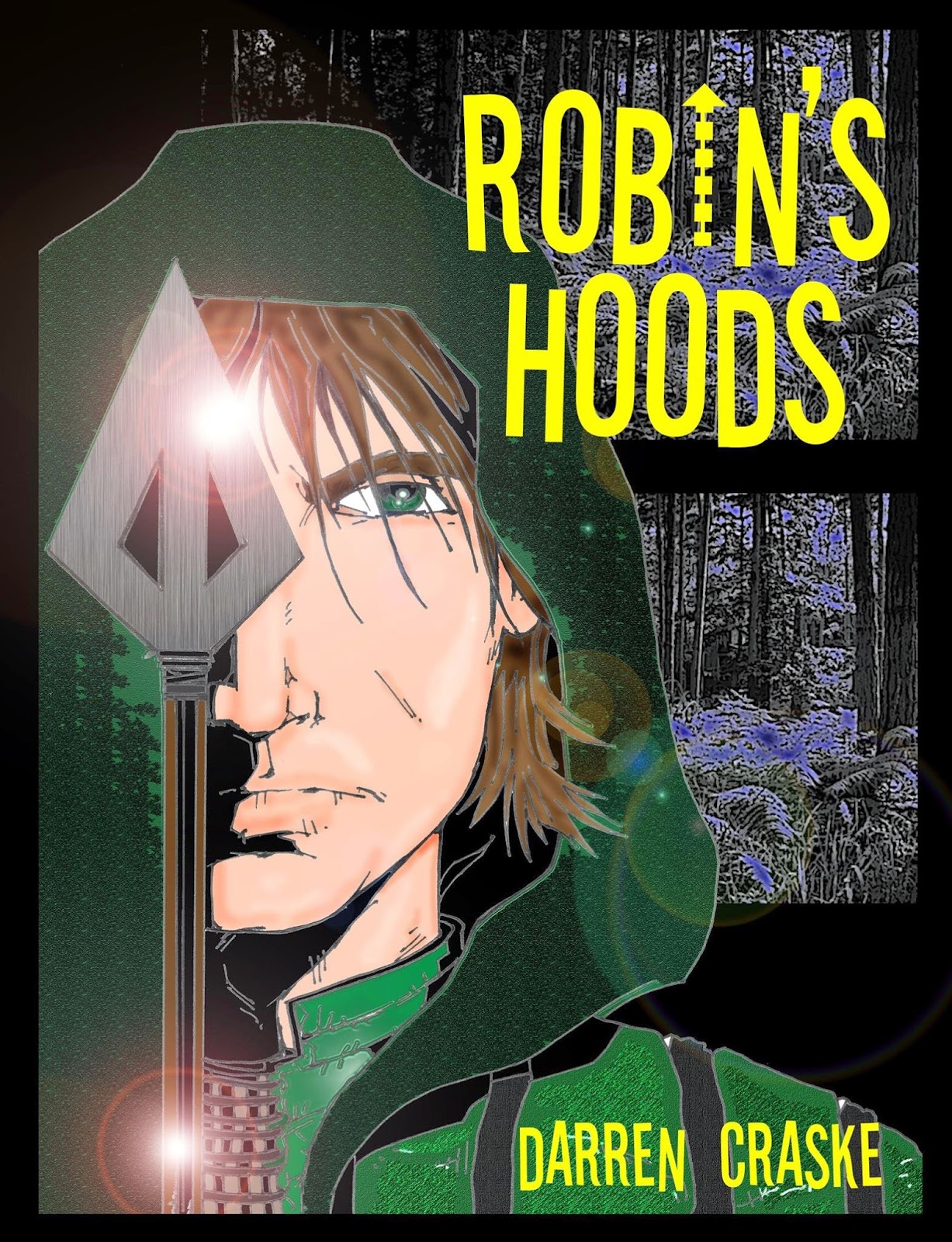 DC is back and yes, I'm going to continue to profess my love for him and allll his books.

This is a tad different to the usual stuff as it isn't so fantastical and magical and isn't completely off the wall or set in tut olden days. It is however set a bit in the future and it does draw from fable and folk law. Basically, we're looking at a rather swanky and techy version of Robin Hood! BOOM! I bloody love Robin Hood, especially the Disney version with the foxes...man Robin Hood is foxy as a fox!

As always, the characters were awesome. The parallels drawn between them and the people of Robin Hood was cool and so subtle on many occasions. It actually took until the notes for my brain to stupidly engage Freya-Tech..that's just because I am an idiot though. I knew she was Tuck but I didn't get the Freya bit...I'm a pillock! Robin was most sexy and I could clearly picture what they alll looked like in my head.

The story was also darn cool, the baddies were bad, the goodies were good and the ones inbetween were perfectly inbetween, there were distinctions and I like distinctions. The tale was gripping and I HAD TO KNOW WHAT HAPPENED NEXT. Also there was tragedy, and nothing is complete without tragedy as I am not really a fan of the 100% happy ending, smiles and cwtches thing!

A bit different from the usual DC stuff but defo one to read. I can't believe however that once again you get left on tender hooks...when is the next one coming???