Here we are ladies and gents!! See what Orenda Books and the lovely Karen Sullivan has to tell us!! YAY!

A bit of an overview
Orenda Books is a brand new independent publishing company focussing on literary fiction, with a heavy emphasis on crime/thrillers, about half in translation. We do and will, however, publish anything that resonates, and are particularly interested in debuts – authors at the beginning of their careers, or a series, or being published for the first time in English. I love the idea of 'growing' with our authors! 2015 books signed up so far are Paul E. Hardisty's The Abrupt Physics of Dying, David F. Ross's The Last Days of Disco (the one 'non-crime/thriller title on the list at the moment – but it 'resonated'), Ragnar Jonasson's Snowblind (trs Quentin Bates), Gunnar Staalesen's We Shall Inherit the Wind (trs Don Bartlett) and Kati Hiekkapelto's The Defenceless (trs David Hackston).

Now to the Q&A

1.Why did you start Orenda?
I was at Arcadia Books when the decision was taken by the shareholders to restructure the list. As this meant most books being postponed or cancelled, it seemed the right time to strike out on my own and do what I do best and love best – for myself. I decided within 24 hours that Orenda Books was a viable proposition, and haven't looked back since!

2.What do you think is biggest challenge for indie publishers?
Probably discoverability. We don't have the money or the might of the big publishers (generally speaking) to put together high profile marketing and publicity campaigns. We need to make sure that readers and booksellers (and even the press) know our books are out there, and that can be a challenge. Organisations like the IPG help, though, as we have a collective voice that can be heard!

3.If you had to work for another publishers, who would it be?
Oh, good question. There are some great publishers out there. I like being hands-on, so probably something small, where I can take a book from manuscript right through to sales and publicity. I love the lists at Fitzcarraldo, Atlantic, Cannongate, Harvill and Faber. I admire the crime lists at Hodder and Macmillan, among others! Black and White seem lively and great fun! Too many to choose from!

4.What's the number 1 thing you look for when considering a book for publication?
I look for a story. Even badly written books can be rescued if there is a strong voice and a compelling story. If a book grips me, it's worth considering. I also think it is important to have authors who are enthusiastic and willing fully to support the book's promotion. It's the only real way to sell books these days!

5.ebook or hard copy?
Hard copy. Every time. I am a book cherisher!

6.What is your favourite book?
Oh that is nearly impossible! I absolutely loved The Orenda by Joseph Boyden, a fellow Canadian. Every book on my list would be a favourite, or I wouldn't even have considered publishing them. One Hundred Years of Solitude. Anne of Green Gables. Anything non-sci-fi by Margaret Atwood. Anna Karenina. The Catcher in the Rye. Heart of Darkness. Nabokov, Norman Mailer, Richard Yates, John Cheever. Away by Jane Urquhart. I could go on and on and on!

7.Any advice for people seeking a publisher?
Make sure you have a good 'blurb' or pitch – I must have 400 submissions here at present, and very little time to read them all. If the pitch sounds interesting, I'll pick it up. An agent is helpful, because they work with authors to fine tune the presentation (not to mention the book itself) before it hits my desk. I have a number of agents whose taste I trust completely, too, and will always make time to read their offerings carefully. I would also suggest that authors do not rule out self-publishing in ebook. Getting in some reviews, a ranking, some feedback from readers, can be invaluable. One of my authors self-published first and I was interested to see what the reviewers had to say.

8.What is in Orenda's pipeline for 2015?
I've got authors from Scotland (David F. Ross's heartbreaking and hilarious The Last Days of Disco, set in 1980s Ayrshire), Canada/Australia (Paul E. Hardisty's stunning, beautifully written thriller The Abrupt Physics of Dying, set in Yemen), Iceland (Ragnar Jonasson's brilliant, atmospheric crime thriller, Snowblind, the first in the Dark Iceland series, translated by Quentin Bates), Norway (the Father of Nordic Noir, Gunnar Staalesen's We Shall Inherit the Wind, translated by Don Bartlett, next in the Varg Veum series and absolutely unputdownable) and Finland (Kati Hiekkapelto's The Defenceless, the sequel to The Hummingbird, which I published at Arcadia. Translated by David Hackston, it's a gritty, thrilling crime thriller, and second in the Anna Fekete series). The first two books are out in March, the second two in June, with Kati bringing up the rear in September. I will be publishing one more book, and I think I know what it is. Watch this space.

I've got them all coming over for CrimeFest, so we'll have a celebration!

9. Are there any controversial books in Orenda's collection?
There are controversial elements to The Abrupt Physics of Dying, as the story is based on real events in Yemen. The others all have good, contemporary themes. I love books that entertain while making you think, or see things differently. All of my books have that.

10. Which book did you first accept for orenda to publish?
There was a flurry at the outset, and I made offers for all five books (and their sequels) almost at the same time. The first to jump on board was David Ross! Closely followed by Paul (two books) and Ragnar (two books). After a bit of negotiation I was thrilled to sign three books with Gunnar and then Kati's! 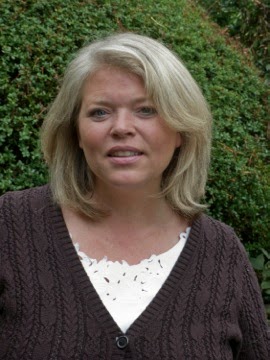 11.Your favourite food is...
Middle Eastern, all the way!

12.Your fave place to holiday is...
Greece or Canada

13.Your fave film is...
Pollyanna (just joking). Mildred Pierce, To Kill a Mockingbird, Amelie, The Shawshank Redemption, Titanic, Silence of the Lambs, Apocalypse Now – no theme there at all!

14.The soundtrack to your life would be...
Everything is Awesome! Thank you Lego Movie!

I hope you all enjoyed!!! Thanks to Karen for being a victim of my 15 facts!

To find out more about Orenda go here or to Twitter! @OrendaBooks