So, I'm continuing on my little book a day travels...here we go!

7. Forgot I owned it
The book I CONSTANTLY forget I own is Midnight's Children. I really feel like I should read it, like REALLY feel like I should. However, I don't, to be honest, necessarily want to read it. Maybe I deliberately forget I own it so I don't have to lug the bloody great tome around and actually knuckle down and read the thing.

8. Have more than one copy
Hmmmmm..I had to think about this. But I have a few books that I own more than one copy of, mainly in the form of the ARC copy for review and then the final version when it comes out a little while later. However, my fave one has to be Nearest Thing To Crazy by Lizzie Forbes. I was rather excited to get the ARC from Cutting Edge Press, then when I unexpectedly got the finished thing I was delighted. Then I was even more touched when there was a lovely note from Lizzie inside! :-)

9. Film of TV tie in
Now, this one has confused me slightly. Are we meant to think books that have been written because of a TV show or film, or books that have had a TV show or film made of them??
I'm going to give you examples of both!
For books that have come out of such I give you the Castle novels! Storm Front is the only one I have read, but I have watched a fair few of the TV episodes. Here is a lovely pic of the very sexy Nathan Fillion as Richard Castle for you to be getting on with: 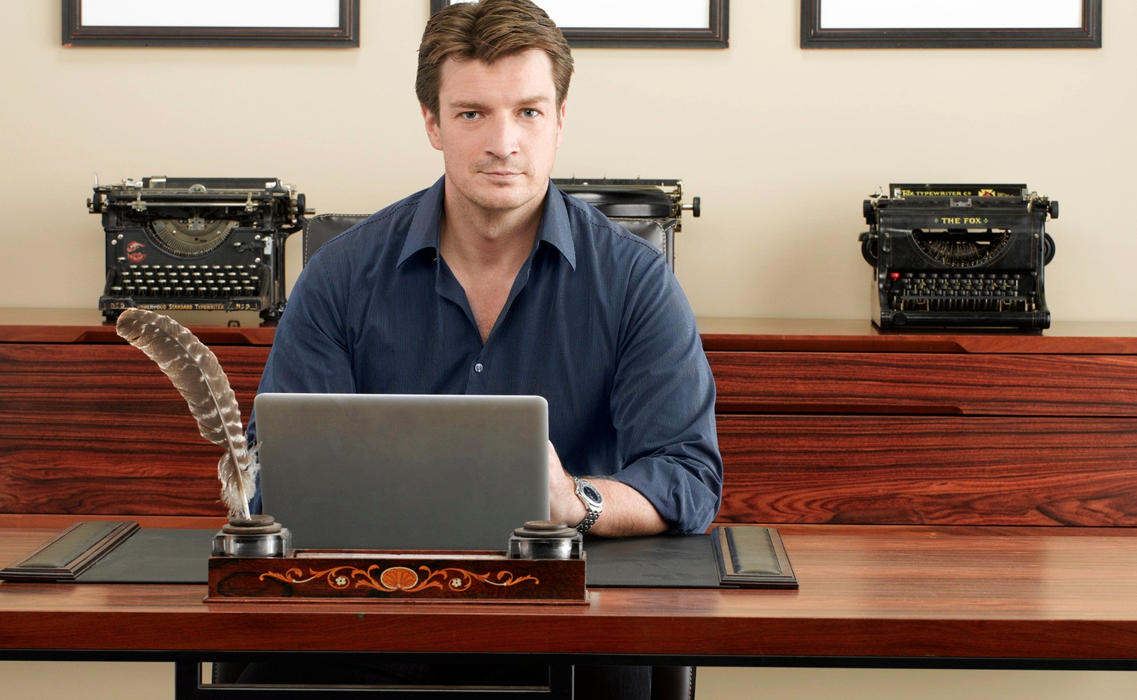 Now, book that became film or TV series. The Lord of The Rings...wins hands down!

10. Reminds me of someone I love
I have the copy of the complete Sherlock Holmes. It used to belong to my grand father. He died when I was three months old so I never actually really met him or knew him. This copy has chocolate thumb prints of his throughout. This is because he used to buy chocolate then come home and read some of it whilst he ate the chocolate. It's the closest I feel to actually knowing him when I look at it and it reminds me of my Mum, as it was her Dad's.

11. Secondhand bookshop gem
I have a first edition hardback copy of Robin Hobb's first ever book, The Assasin's Apprentice...need I say more?

12. I pretend to have read it
At the moment I don't actually have a book that I have pretend to have read. It used to be Anna Karenina, but I MADE myself read it about 5ish years ago. I wish I hadn't wasted my life. It is such a tedious and depressing book to read and it is bloody massive and heavy to lug around in its paper back form.

13. Makes me laugh
I'm sticking with Bridget Jones' Diary. The first part where she realises that a man has wanked up the back of her coat when on the stairs in the tube ALWAYS gets me! I just love it.

Next instalment next week
BOOM!